From a Farm to a Campsite

The Farm has been owned by the Lord family since 1918 and the first tents were pitched in 1923, so the park has grown rather than been developed. There are 90 fully serviced static owner-occupied caravans on the park, as well as plenty of room for tourers, tents or motorhomes of any size. On Saturday July 20th 1918, Fen Farm, East Mersea was for sale by auction. This was purchased by Osborne Lord, who sold the farmhouse, meadow and marshland to his cousin Arthur Lord in 1921 for £600.00. He also had to pay a proportion of the half-year tithe of £3:3:5.

Arthur Lord had just retired from the army, having joined up in 1895. He rented some more land which he farmed, keeping cows and a horse on “Fan Meadow” at Fen Farm. Amongst other chores his sons delivered milk in the village every morning before attending school. They also harvested the sugar beet – pulling each one up individually and banging them together to remove the excess earth. This was done in the winter when it was extremely cold, and the youngest son – Edwin – always swore that that was the reason he joined the army in 1935 at the age of 14.

In 1923, a family arrived with a tent, and asked if they could pitch it somewhere. This was followed by an ancient bus belonging to a family by the name of Cosway who later bought some adjoining land, which also became a caravan park. Camping must have been an interesting experience as the cows and horse were still grazing on Fan Meadow.

There was another family who also arrived – the mother had been born in Shop Lane, but had moved to London. Their name was North and the gentleman who was brought down as a babe in arms in 1923 had a caravan at Fen Farm until 2009. Incidentally, he was third in the “Visitor’s” ploughing class in the Mersea Ploughing Match in the fifties.

More people wished to bring their tents and caravans, and as Arthur got older, he was able to do less, so, although his daughter Mabel lived at Fen Farm, she was happy to help, but as a teacher did not have time to run the place. None of his other children were interested, so his eldest grandson – Ralph – came to live at Fen Farm in 1961, working on the land for 2 local farmers and maintaining the camp site at the same time. 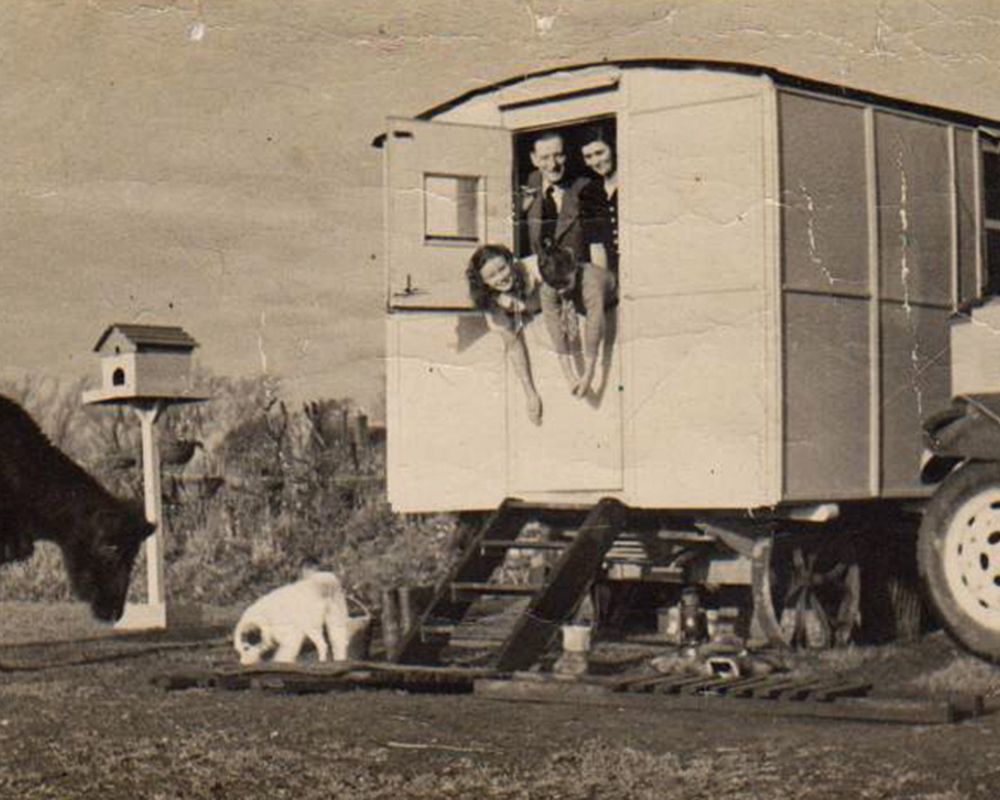 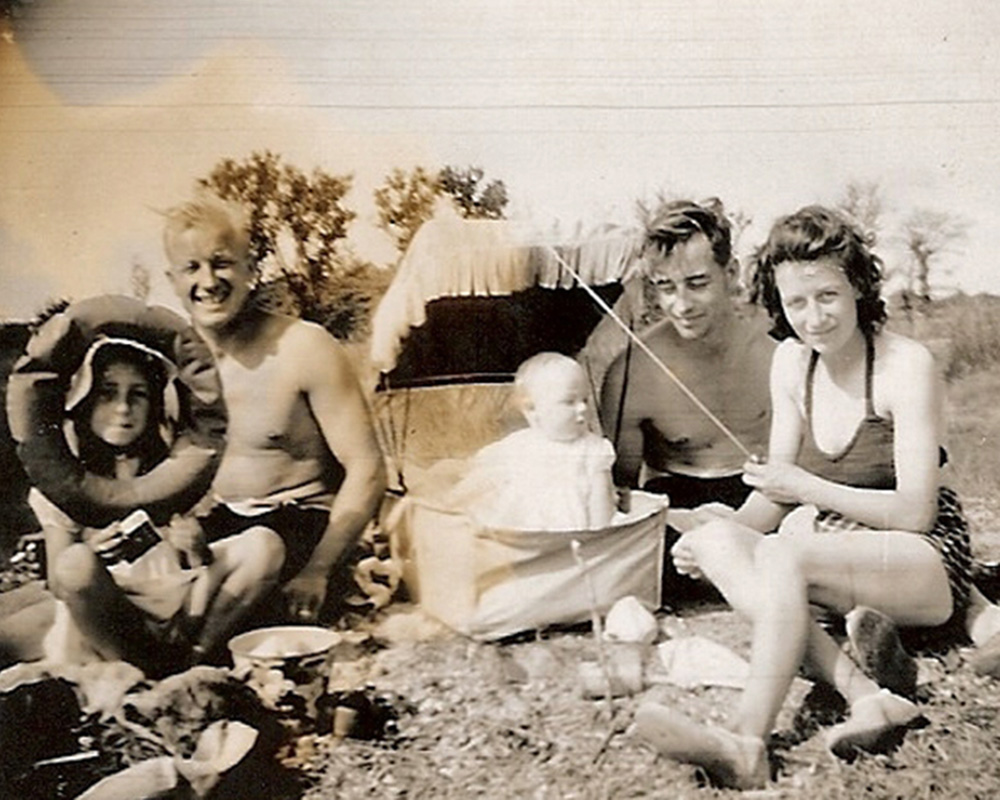 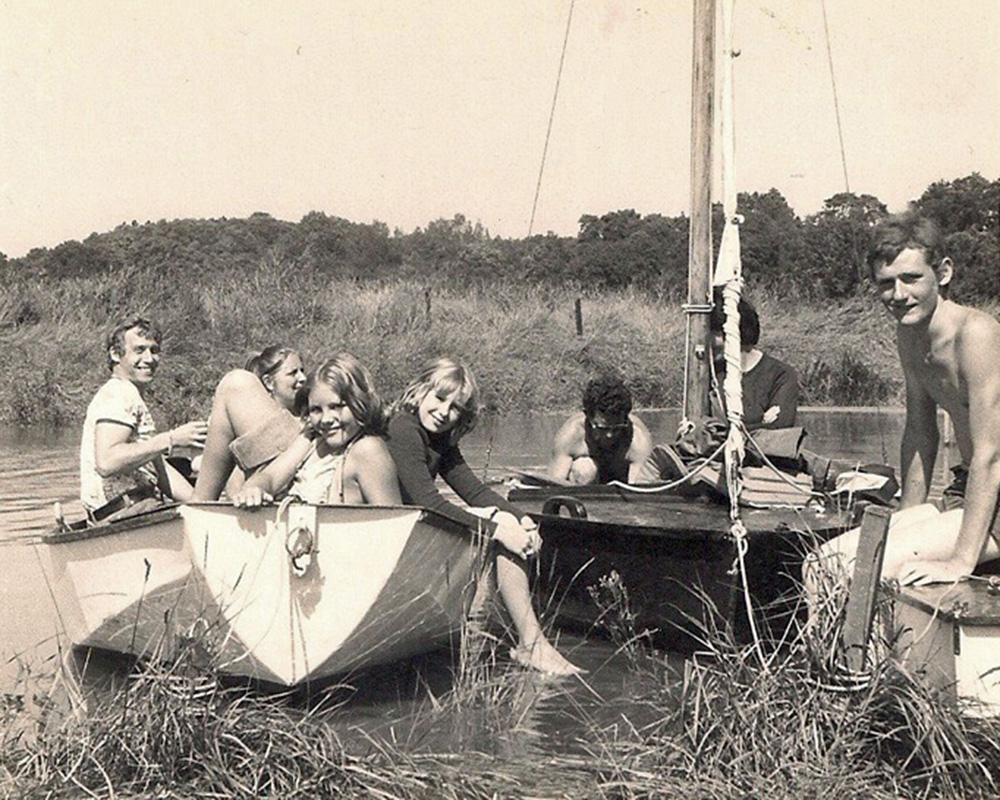 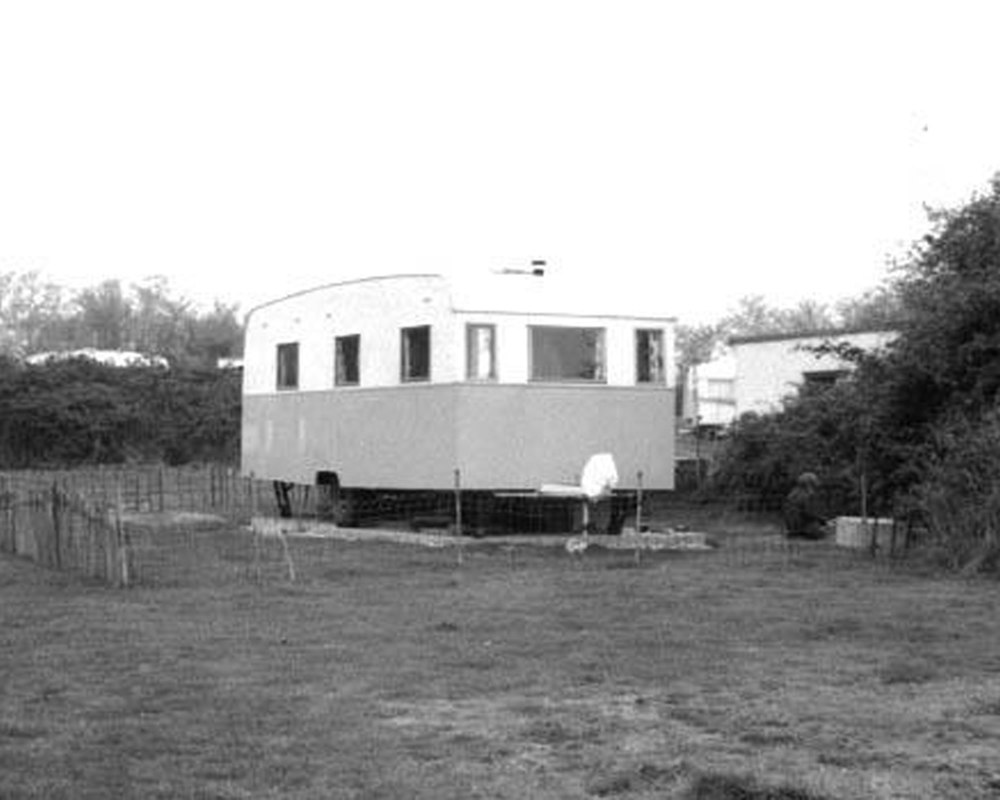 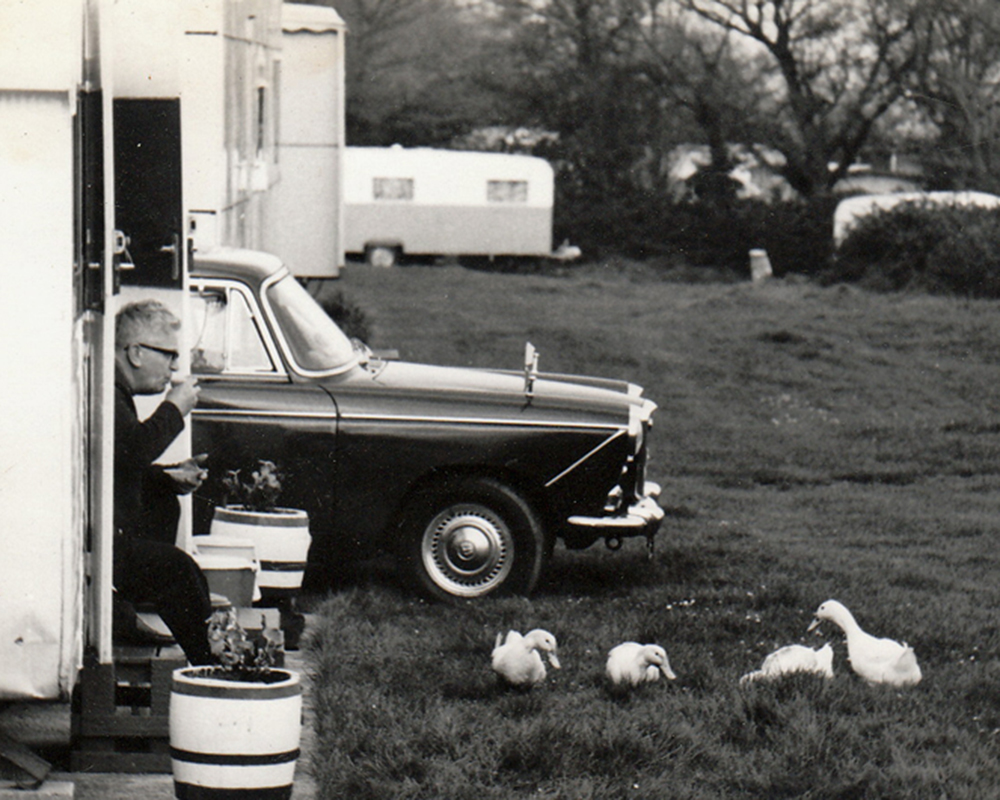 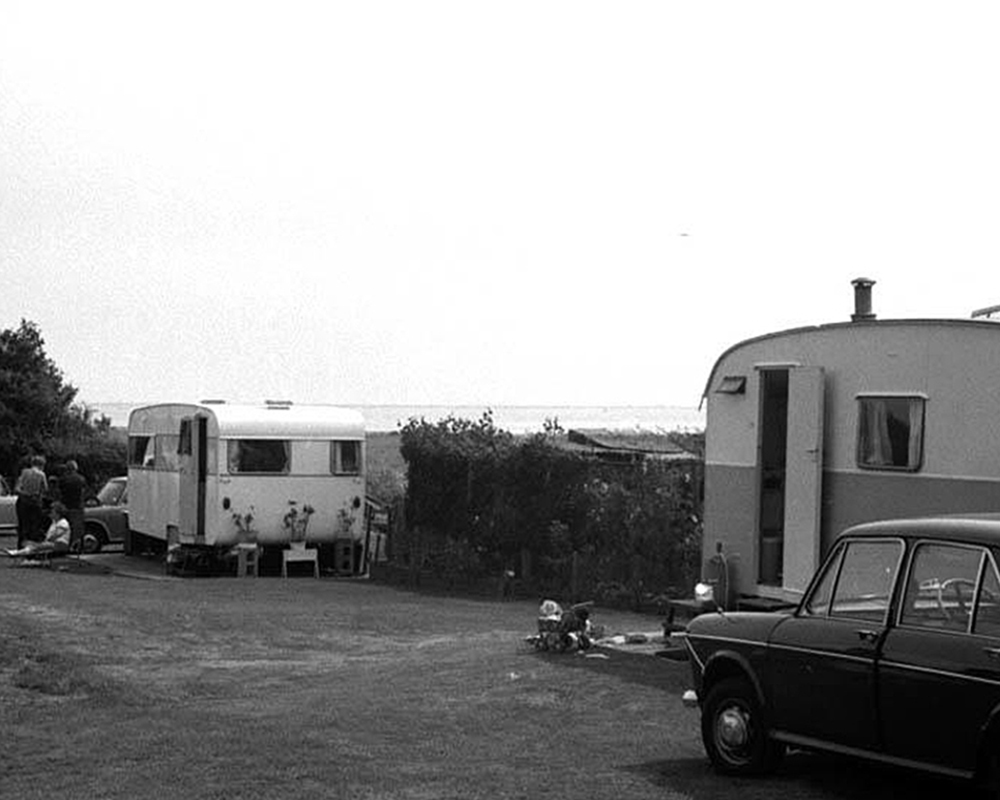 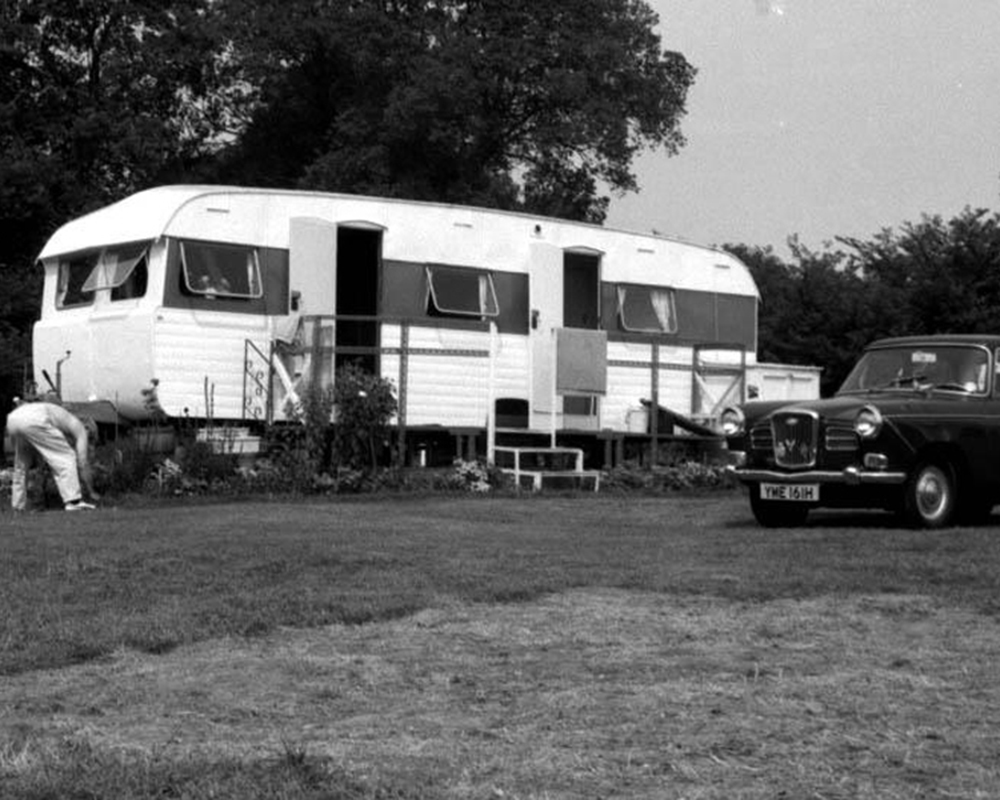 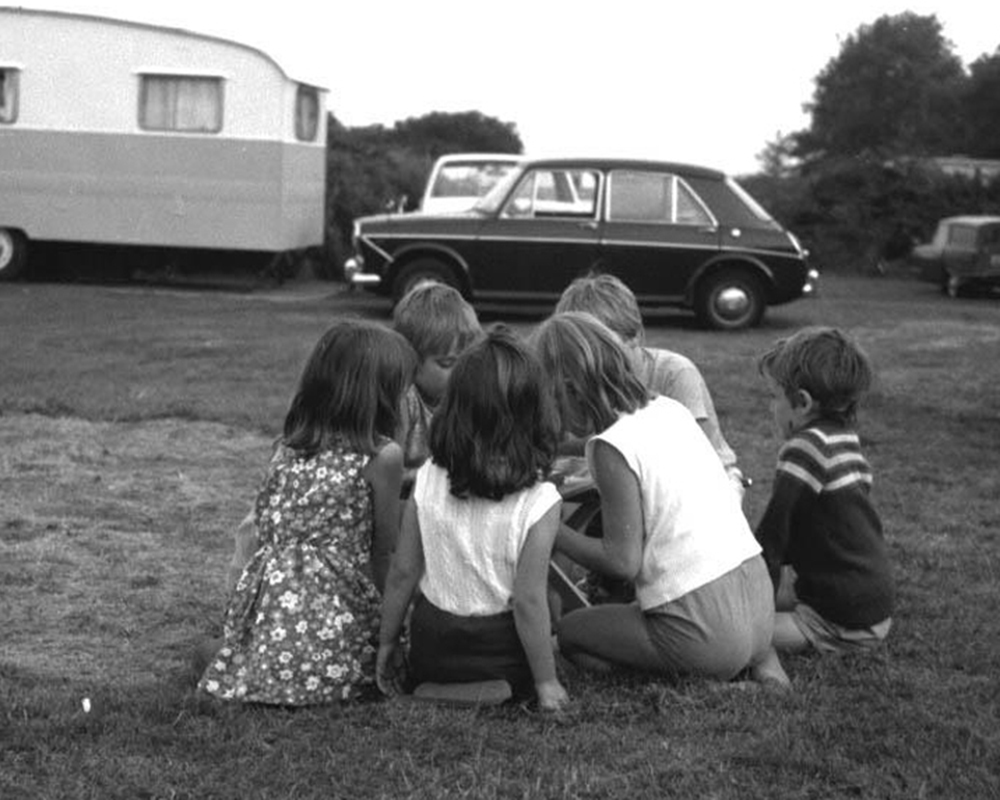 In the 50s, Lexden and Winstree Rural District Council gave permission for 12 static caravans. The “bucket and chuck it” sewage disposal system was replaced with the first toilet block and sewage treatment plant built in 1967 and the number of static caravans rose to forty. There were at this time 6 ducks which used to waddle down to the caravans and demand to be fed – to the great amusement of the caravan owners.

Over a period of time, despite resistance from Arthur, Mabel and some of the caravan owners electricity was taken to all the static caravans.

In 1976, mains water was installed to the stand pipes, as the well, which had been used for years, became polluted. The hand pump still remains in situ, and the water from the well is used to flush the toilets and wash cars and boats.

During the eighties, due to customer requests, showers were added to the toilet block, and water and sewage system were laid on to each caravan. There was also the hurricane when 3 caravans were blown over and one roof ended up very nearly in Cudmore (or Cumber) Grove. It then became apparent that both touring caravans and tents also required electricity hook up points so these were installed, together with more water points.

Ralph bought the field next to Fen Lane in the sixties and grew arable crops and did some contract farming. This became an expensive hobby, so he put the field down to hay. When the hay was removed and Fan Meadow was full, people asked to put their tents in the hay field, so eventually planning permission was sought and granted for touring caravans in that field. 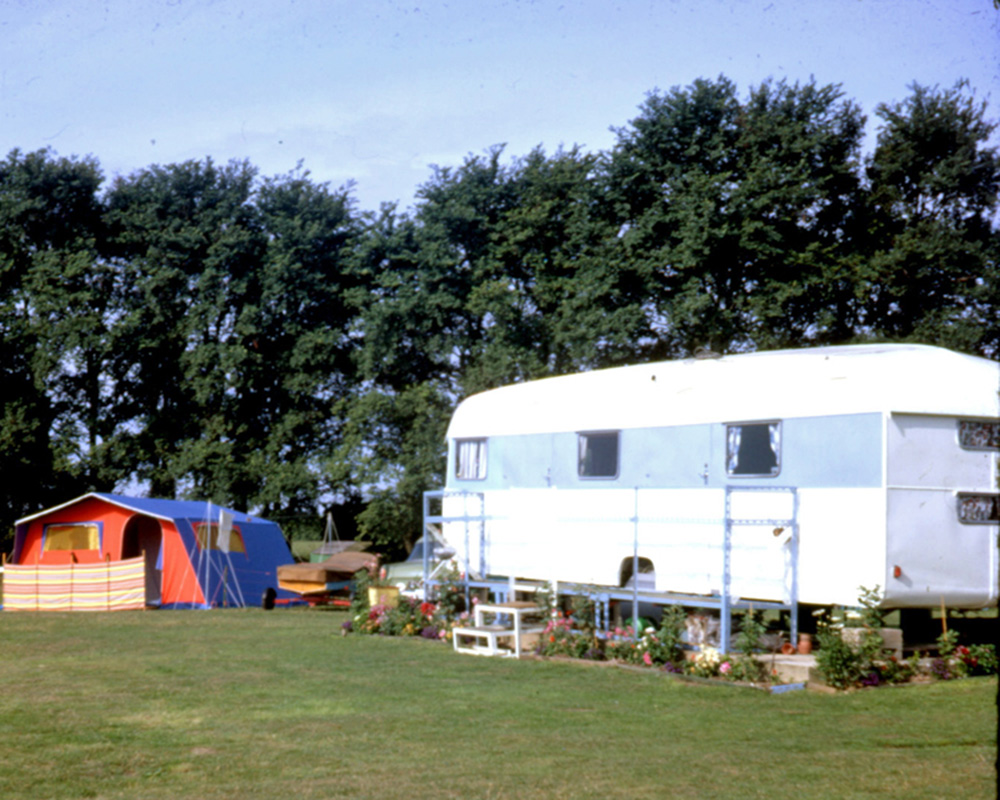 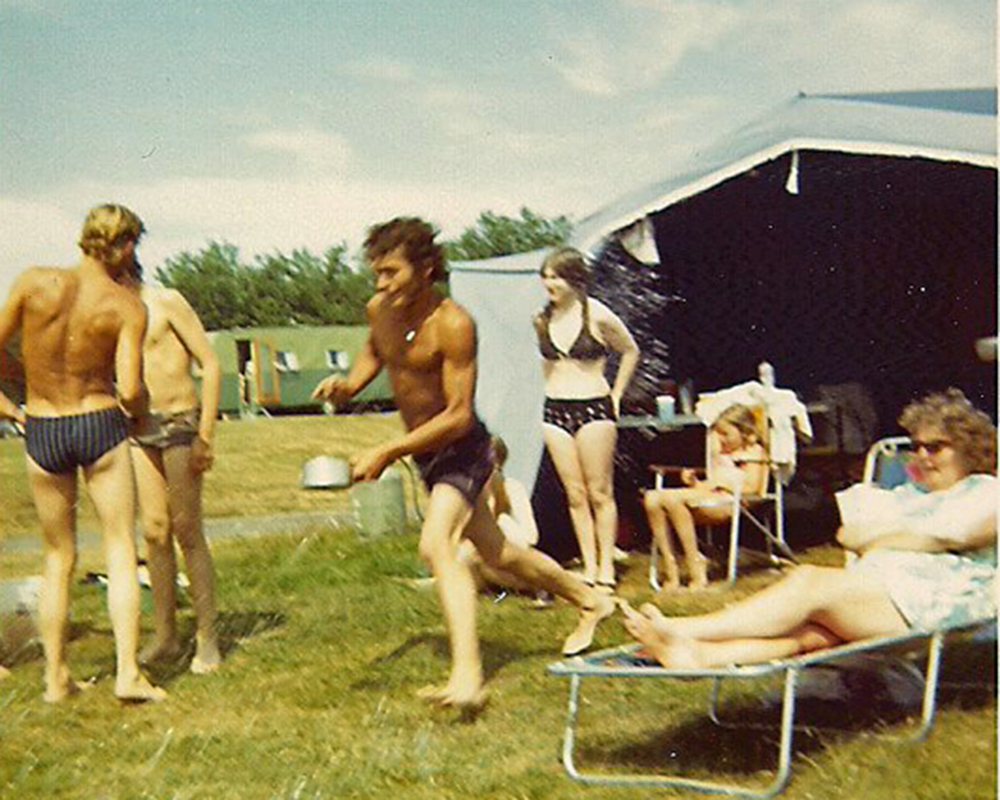 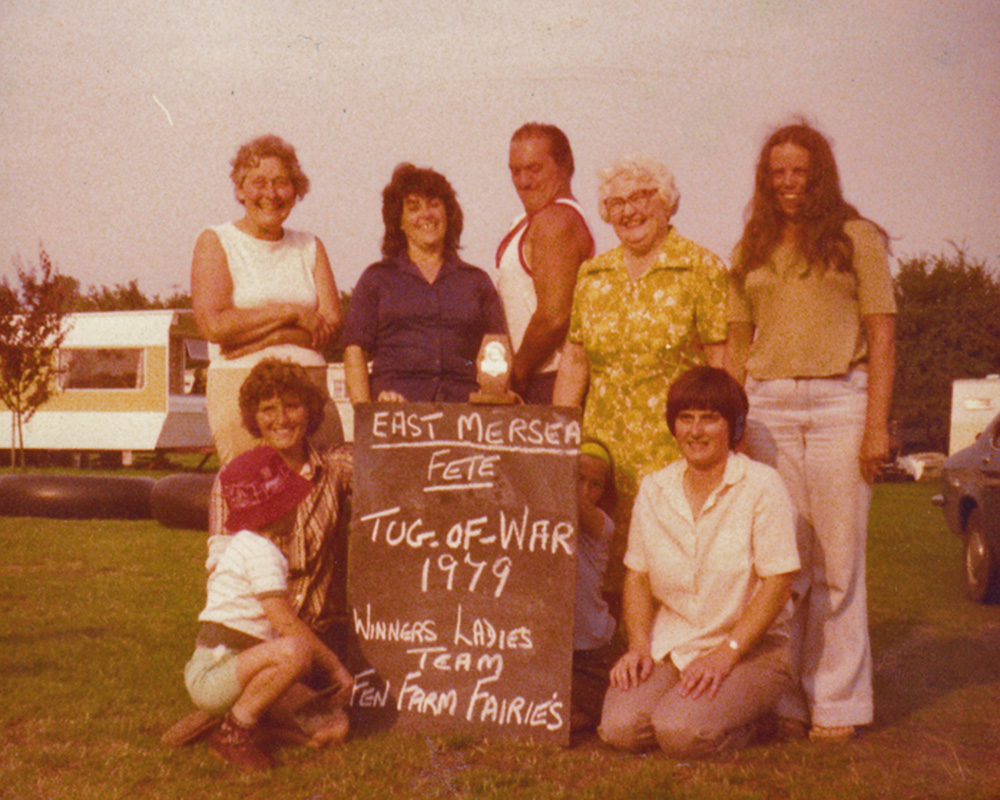 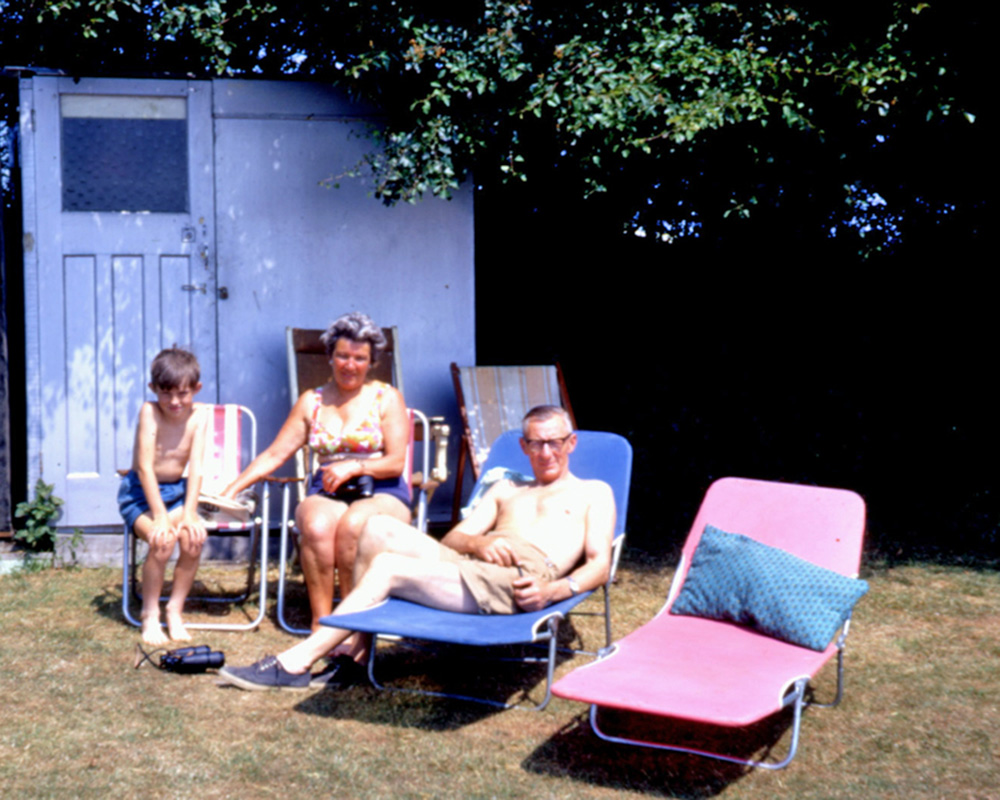 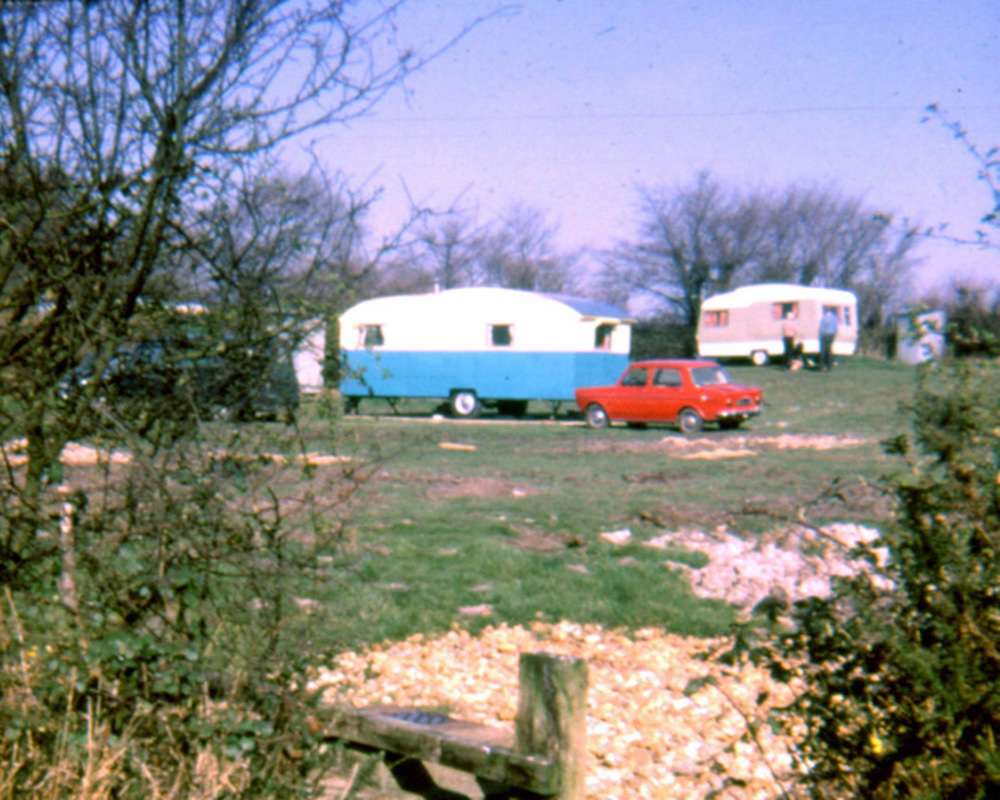 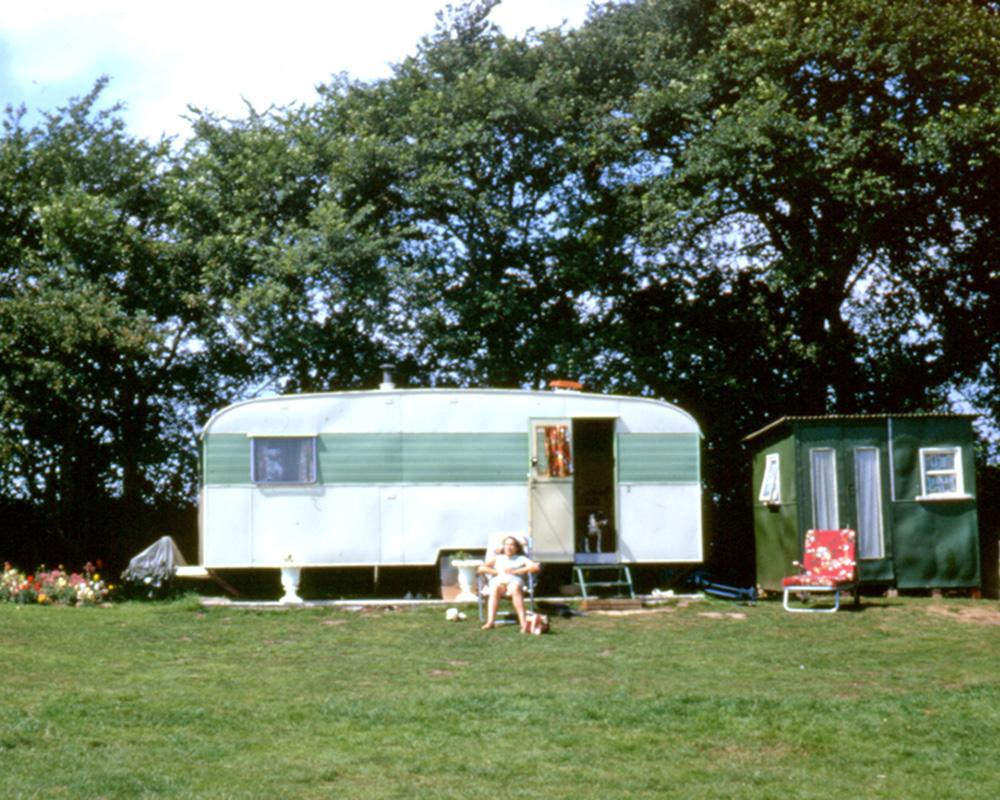 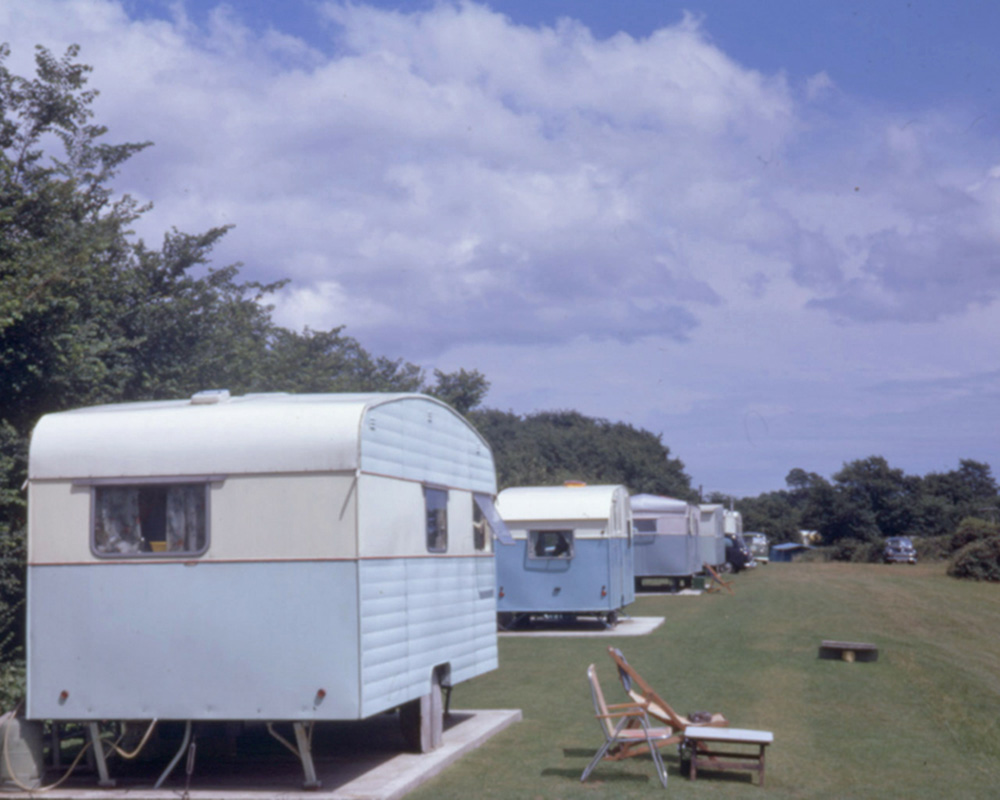 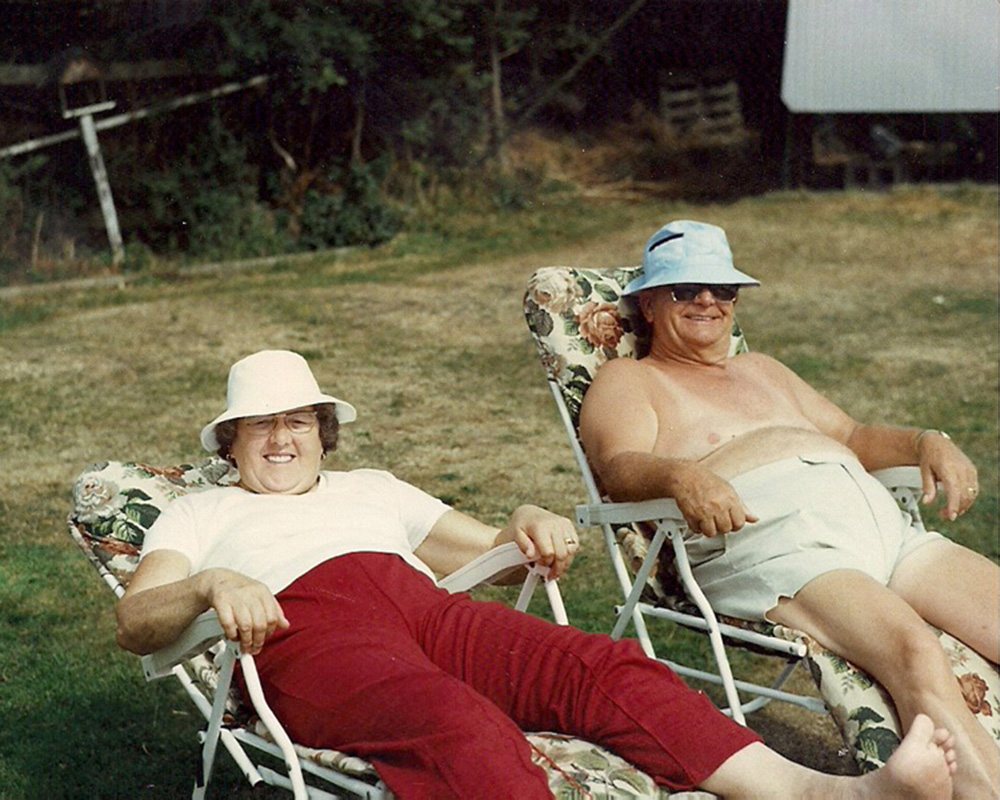 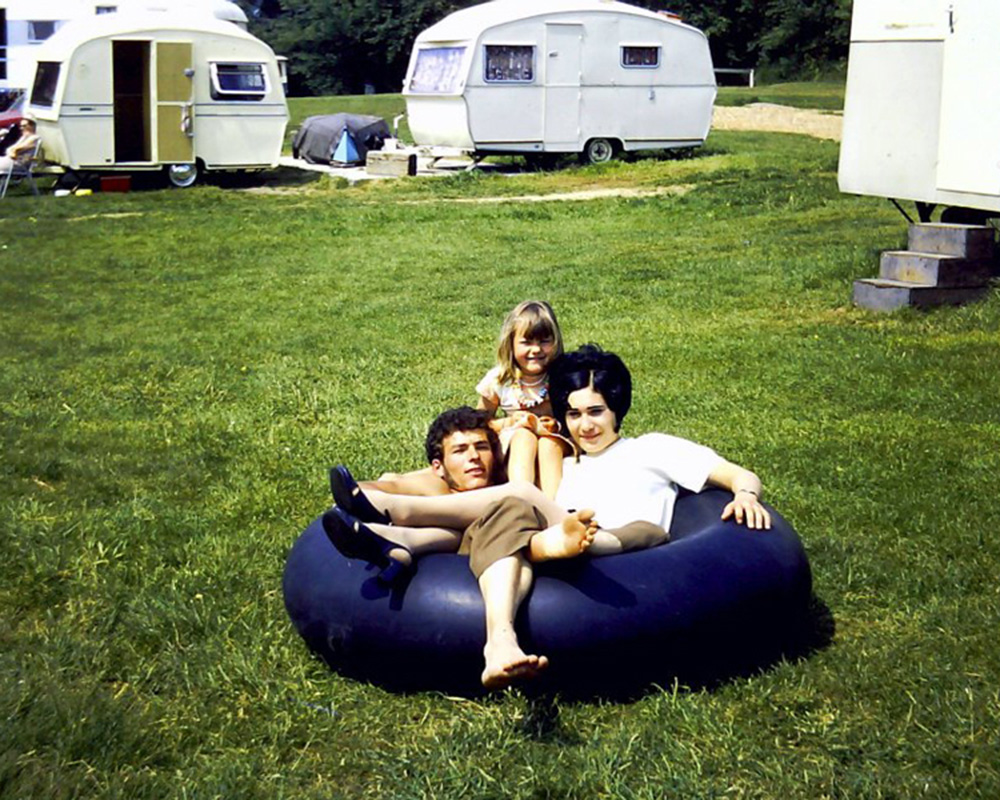 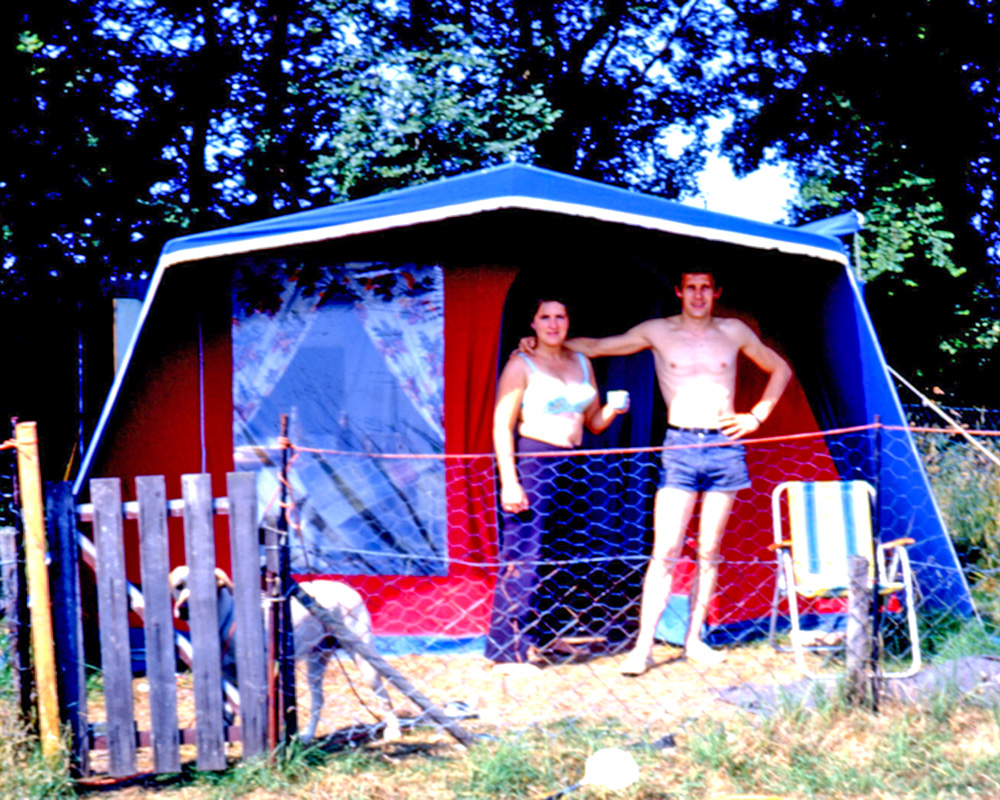 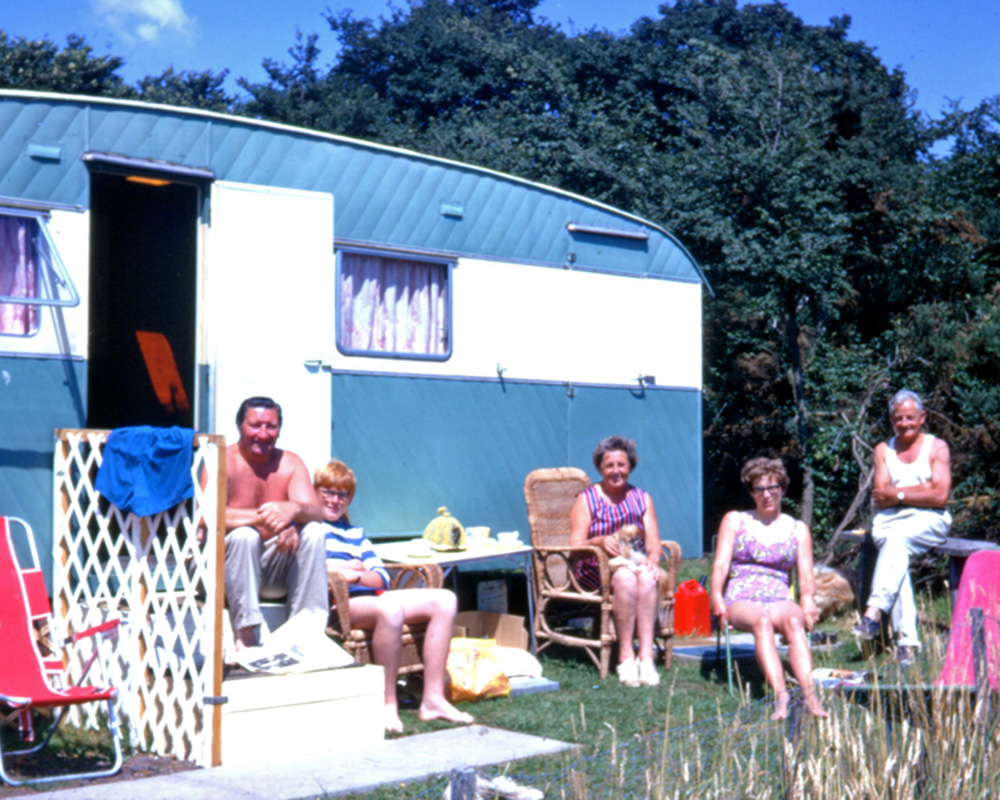 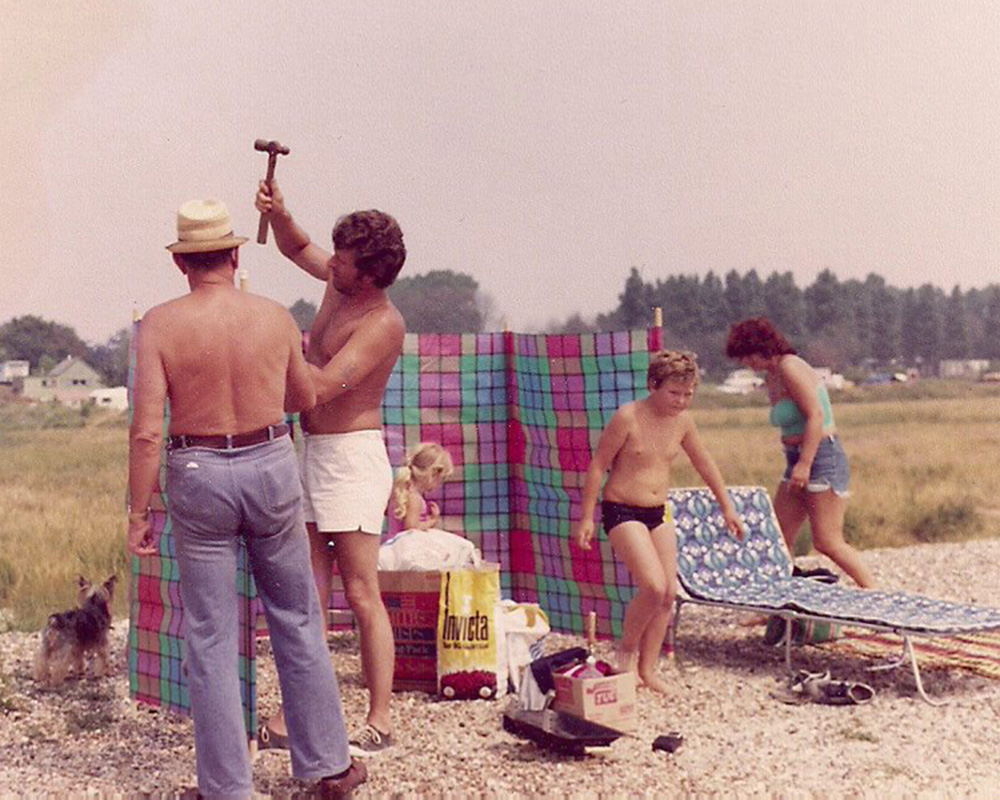 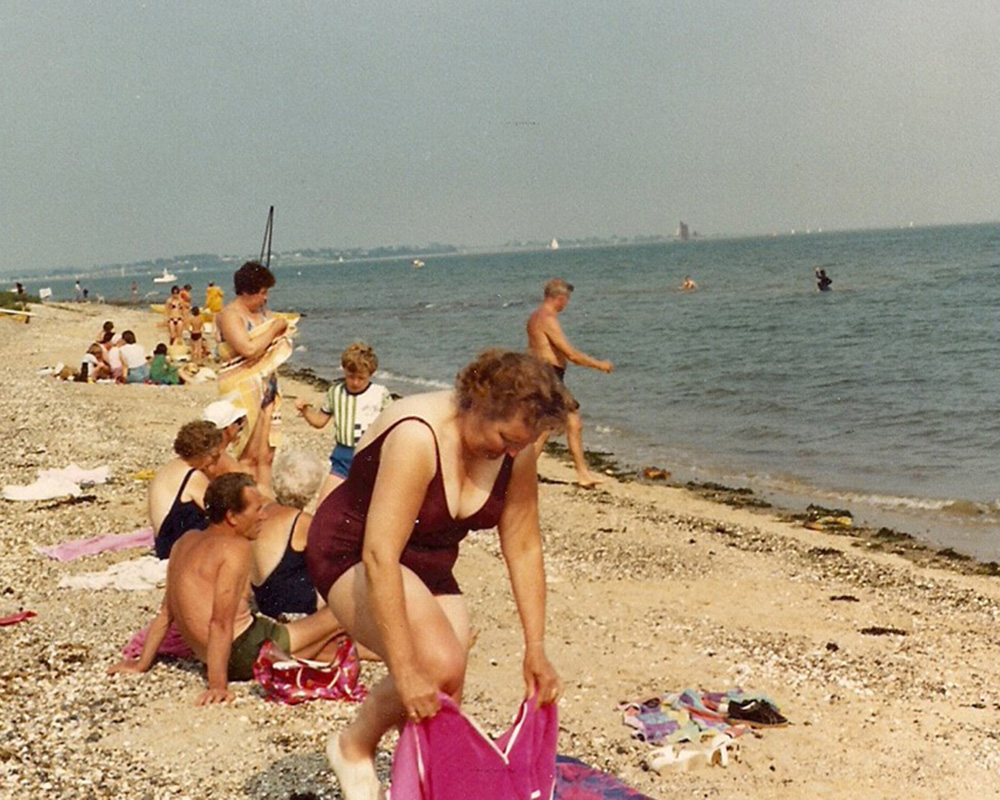 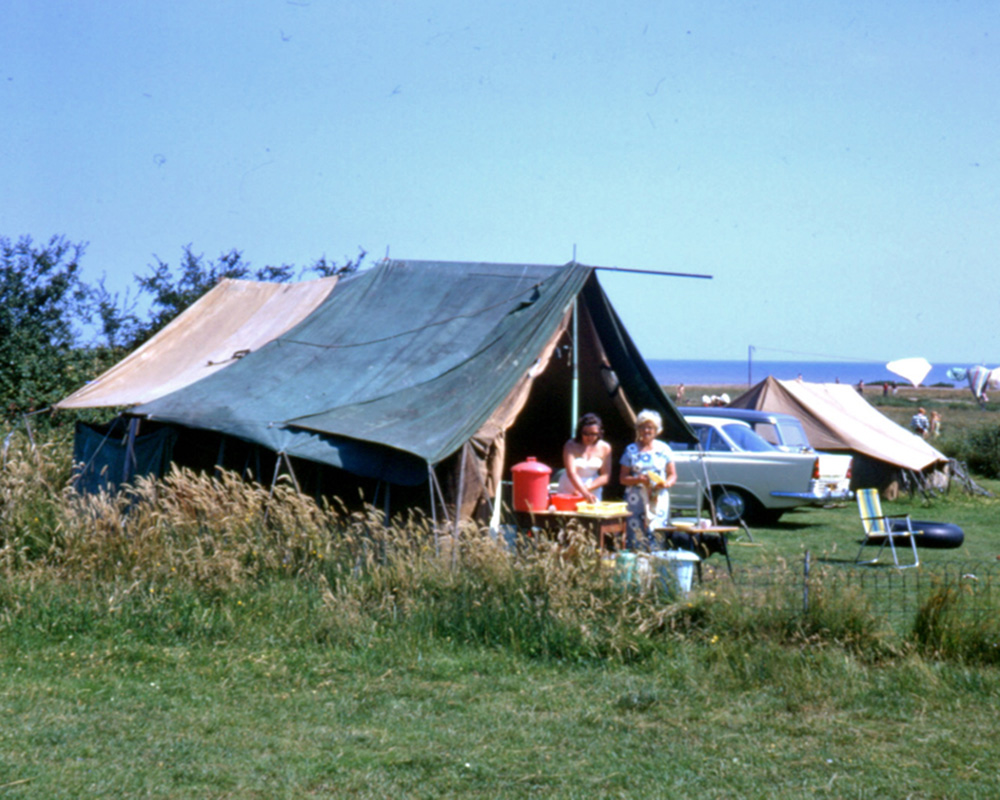 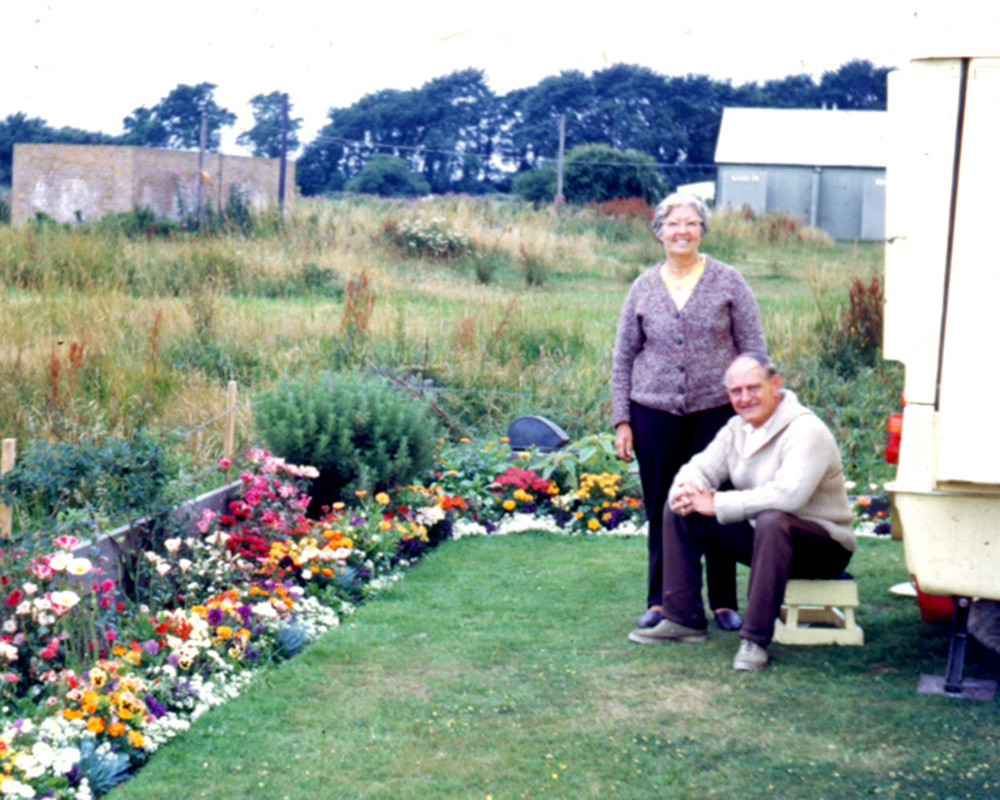 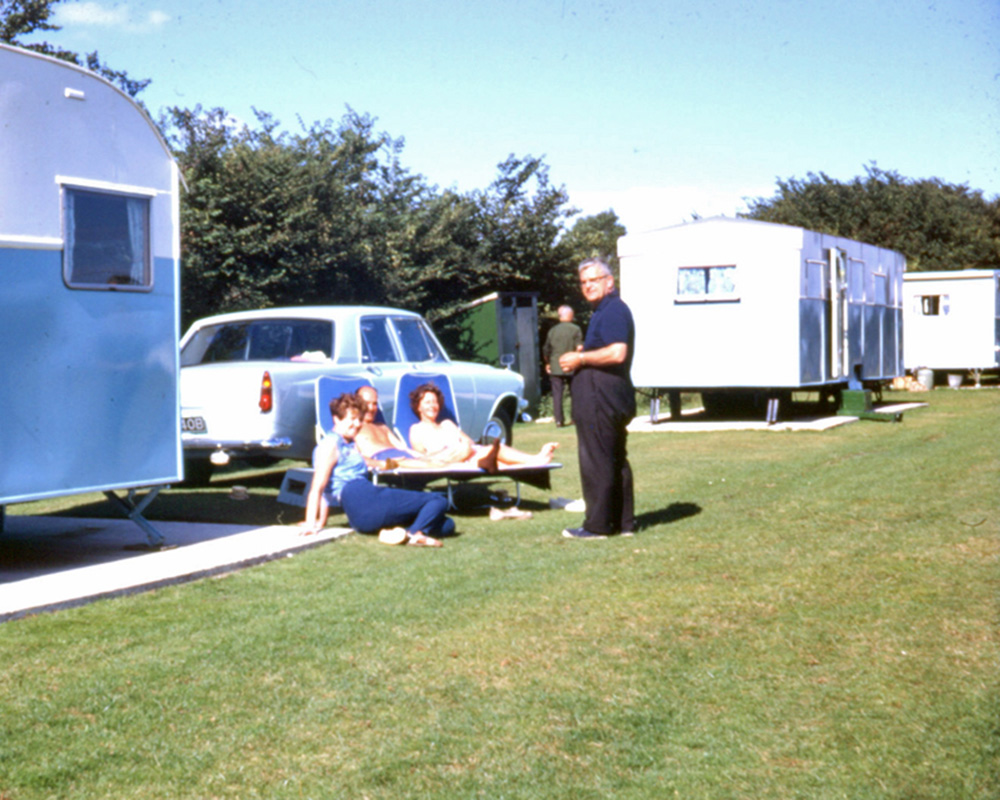 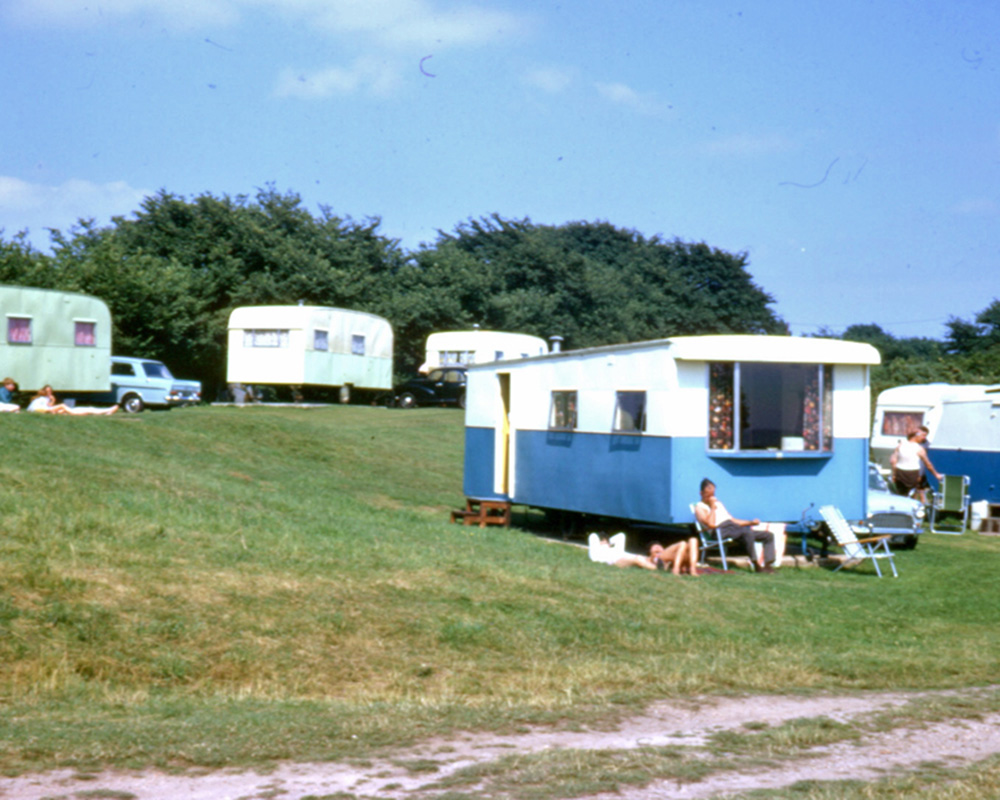 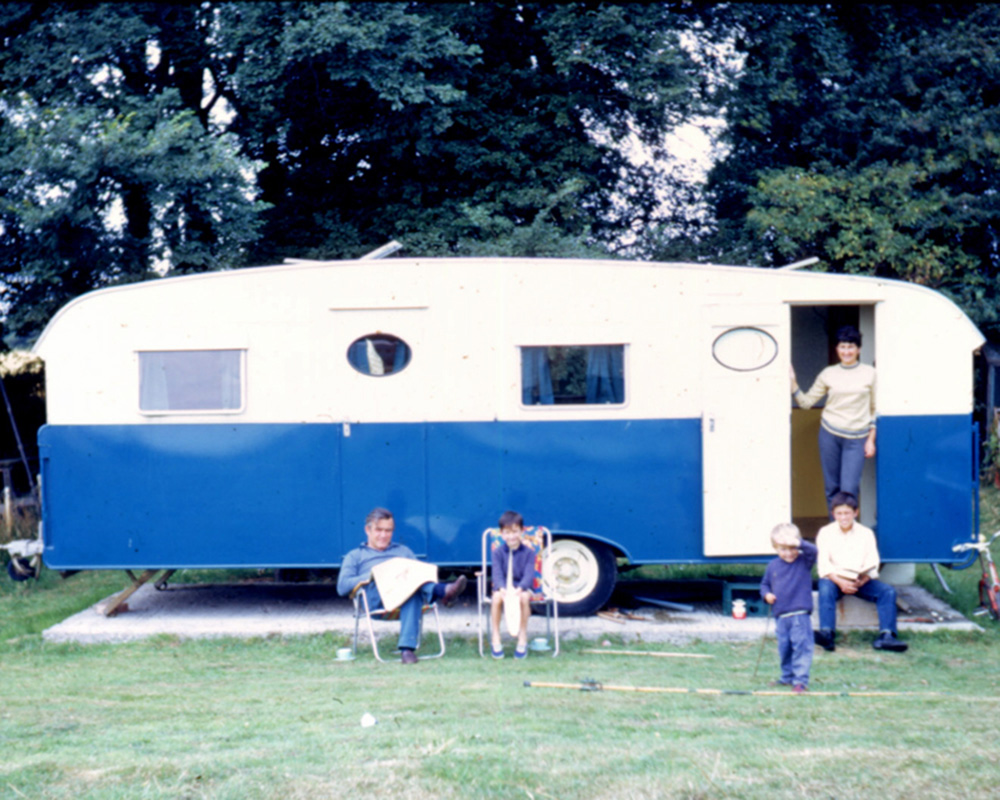 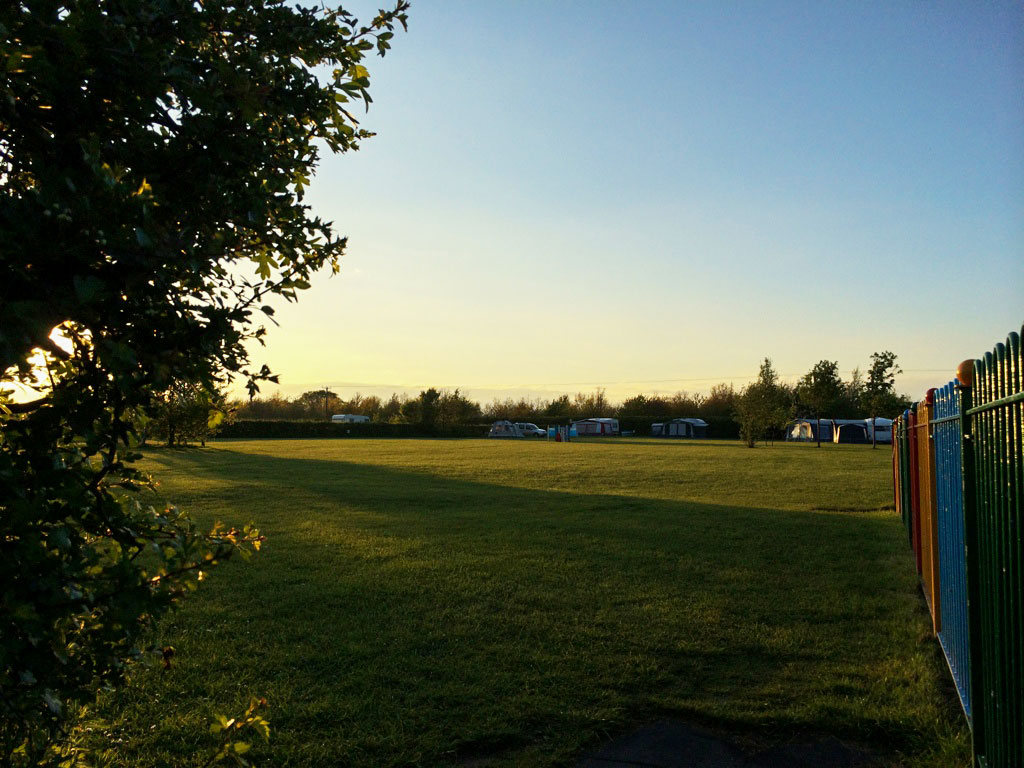 In 2005 a new shower block was built, complete with solar assisted heating and sun pipes. About this time another generation joined the team, with Ralph’s and Wenda’s daughter, Margaret, and son-in-law, Ian moving to Fen Farm to help run it with a view to taking over in due course. Now Margaret and Ian’s sons are expressing an interest in the site.

Ralph brought his unique foresight in the growth of Fen Farm, always ensuring that any development was in keeping with the rural atmosphere. He and his wife ran the park together for many years.

A further extension was made with the purchase of more land which became Mulberry Orchard in 2000 and there are now 90 static caravans.

Perhaps the fact that the site has grown rather than been developed is what gives it the unique, tranquil atmosphere.